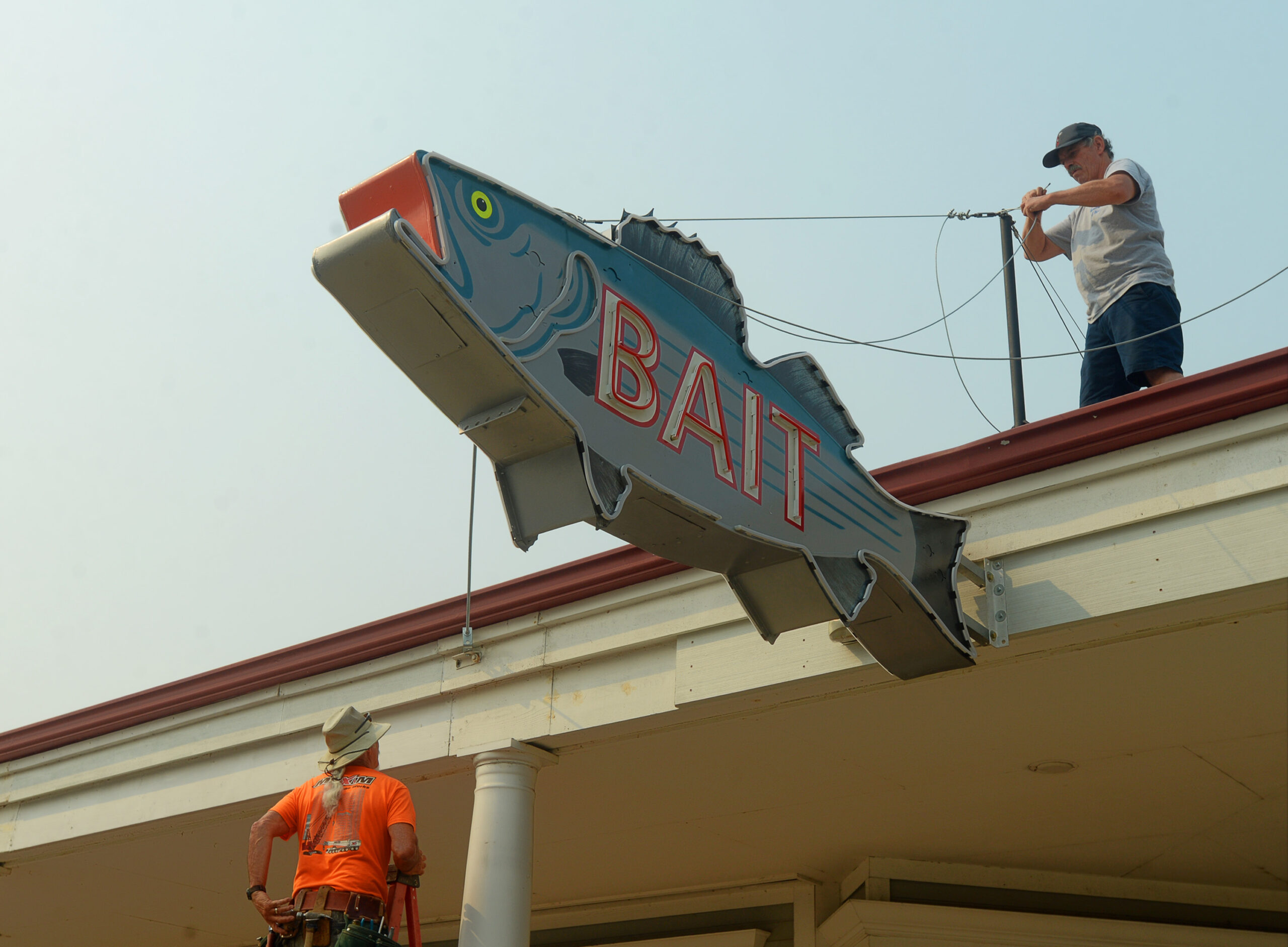 The bar dates back to at least 1945, and became Virgil’s in 1948. The original building was located closer to the highway along Main Street, not far from the current location, which is on the other side of the railroad depot. The walls are covered with photos and other memorabilia that reflects the town’s history.

At no time, Joyce Oren said, did they think about changing the name.

The bar license is for beer only – “the coldest, cheapest beer in town” Bill points out – and is tied to a history when the business was also considered a gaming room.

“We have customers who tell us they remember coming in here and playing pinball,” Joyce Oren said.

The Orens hear a lot of stories from their customers, a group they consider family, and anyone is welcome.

“We know a customer is new because they call him Virgil,” Joyce Oren said, pointing at her husband.

Each morning, a group of men come in to drink coffee and solve the world’s problems, and later, as the afternoon shifts into evening, those getting off work will drop in. By the time night settles on Suisun, some of the more lively folks make their way in – including a Leprechaun named Kelly.

Many of the regulars are military veterans, and while neither of the Orens served, they show their respect in many ways, including flying the MIA/POW flag in the front of the building each day.

Of course, Virgil’s is a bait shop, and in a very real sense, fishing is their stock in trade. So they are often asked about the best fishing spots, the answers to which do not always come from them.

“We have customers who have no trouble throwing their 2 cents in,” Bill Oren said. “And a lot of them are accomplished fishermen.”

The advice to the best place to fish, however, is often as trustworthy as the stories about the “one that got away” that follow the fishing trip

“No one wants to give up their secret holes,” Joyce Oren said.

Fishing is a year-round affair with striper, sturgeon and salmon runs, as well as crappie and others. Most of the fishing is done in the brackish waters of Suisun Bay, although occasionally they will get questions about the Sacramento River from freshwater anglers.

One trophy striped bass hangs over the back of the bar. It was caught by Aubrey Kyle, a World War II veteran with a story that is frequently told at Virgil’s.

It is about a cigarette lighter that Kyle’s wife gave to him before heading off to war; one he dropped when landing in Europe. He figured it went into the water and was lost.

Years later, when the landing craft was being scrapped for metal, a worker found the lighter, and with the inscription, traced it back to the family and it eventually found its way back to Kyle.

It is just one of the many stories told at Virgil’s, and as each customer walks in, most take the time to pat Bill on the back and wave to Joyce.

A lively conversation between two of the regulars sitting at the bar catch their attention, and bring a chuckle. One is described as one of “the more colorful characters” who frequent Virgil’s.

“We enjoy all of them,” Joyce Oren said.

Story pulled from the fairfield Daily Republic because well, Virgil’s doesn’t have a w website and we wanted to share something for you all…