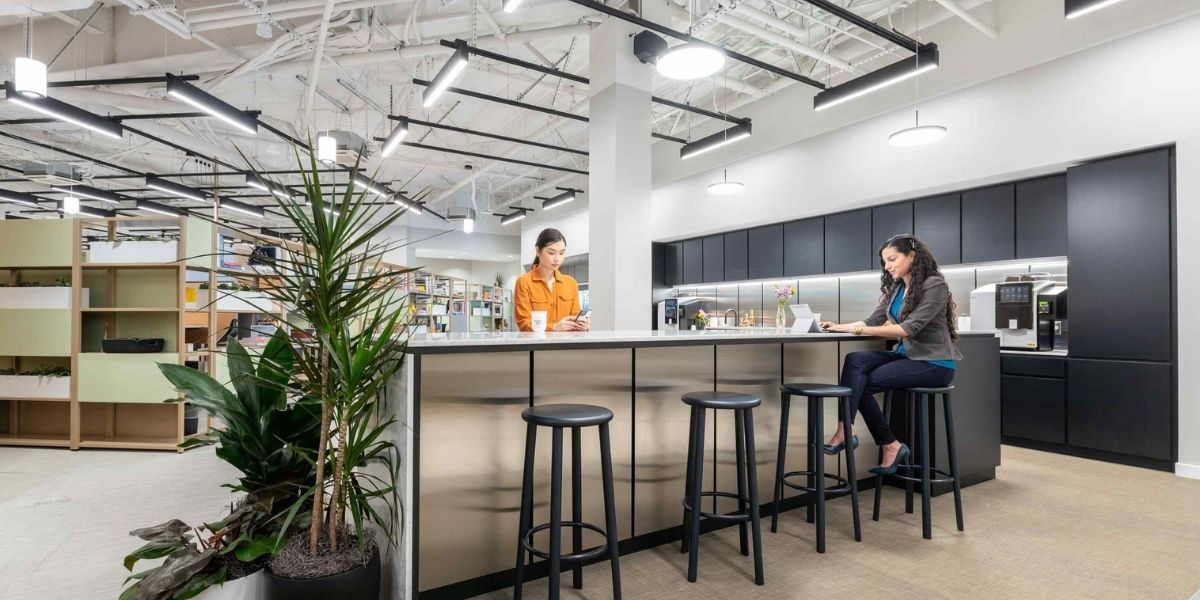 Like traditional office product, coworking offices were hit hard by the coronavirus pandemic, with WeWork closing more than 100 locations since last March, according to a Yardi Matrix report.

However, the trend of migrations out of major cities into secondary and tertiary markets has buoyed a pre-existing business strategy of placing coworking locations in less populous areas such as Napa and Concord outside major cities, albeit with space specifications to meet evolving demands of highly mobile workers.

An unknowing visitor to the new Spaces Napa Valley flexible workspace may be forgiven for wondering if they are entering a bookstore, eatery or plant shop. Although coworking space would be an equally good and accurate guess, any potential confusion speaks to parent company IWG’s vision for a new coworking concept that offers a high level of flexibility to meet post-pandemic office needs and harnesses local retail vibrancy. 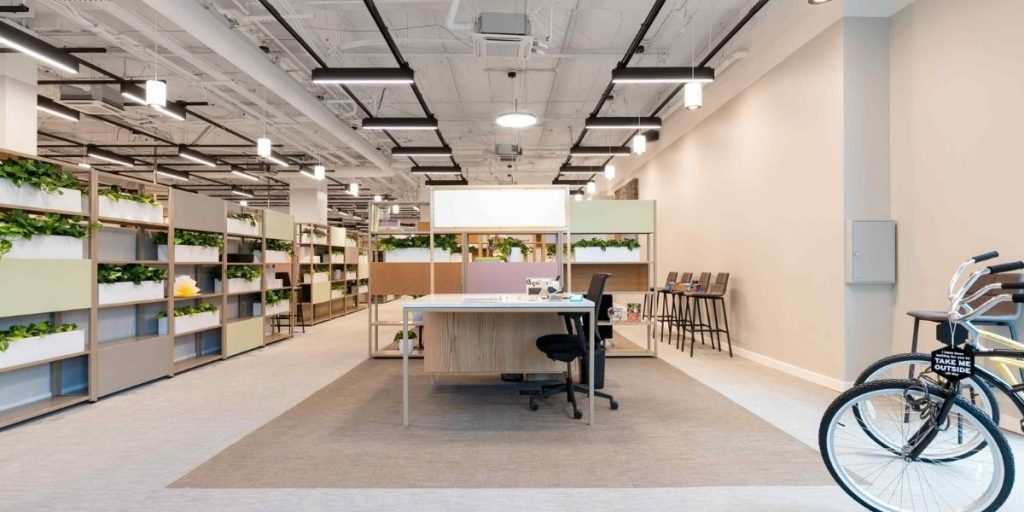 Spaces Napa amenities include vending machines stocked with food, office and sanitation supplies, electronic sit-stand desks, outdoor areas, lockers, a lounge area and a modular framework that could allow a single company to section off an area for privacy.

“We’ve launched a new concept in which we can incorporate our Spaces brand into these types of retail environments that provide workers with world-class flexible workspace facilities, right there within their reach, reducing their commute and giving them access to the whole suite of services and amenities that they would expect from a traditional office but essentially close to home,” IWG CEO of the Americas Wayne Berger said.

Known best as one of California Wine Country’s premier destinations, Napa has become one of the Bay Area’s satellite markets that have experienced growth in the wake of the coronavirus pandemic. While San Francisco lost population during 2020 due to a shift to remote work, the North Bay metro area, which includes Napa, saw a 0.3% population increase in Q4 2020, a trend that is supposed to extend into this year, according to a report from Cushman & Wakefield.

Spaces Napa is intended to capture some of the increased demand for hybrid work solutions created by the pandemic, according to Berger. It is also positioned for mutual benefit with the surrounding retail uses. The retail sector in Napa particularly is showing signs of resiliency. Although the North Bay metro retail market had the highest vacancy since 2011 at 6.4%, Napa County had the lowest vacancy in the subregion at 2.8%, according to the Cushman & Wakefield report.

A recent report showed that the North Bay had the highest occupancy level of the Bay Area’s main markets’ regional shopping centers at 95.5% in Q4 2020.

“Like many other major cities, an influx of residents moved from the Bay Area during the pandemic, and Silicon Valley companies responded quickly by committing to long-term remote and hybrid work models,” Berger said in a statement. “Based on the local demand and availability of prime, centralized retail space, we knew Napa was the ideal location to launch our new concept. This shift will infuse new life to suburban and rural areas, bringing a multitude of benefits to companies and employees alike.” 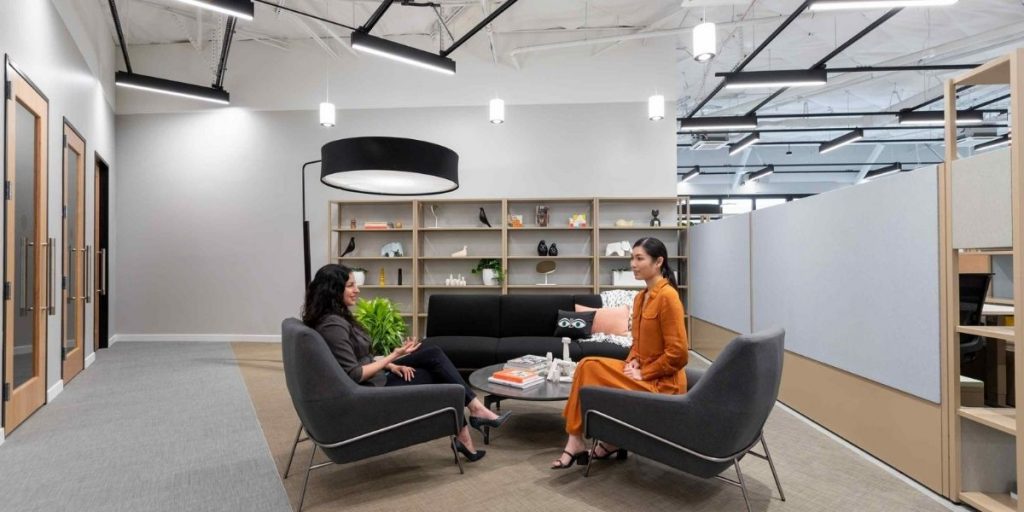 The placement of Spaces Napa nestled within a retail district in the downtown core of a small city is intended to capture what Berger called the desire for a “15-minute city,” a term coined by Pantheon Sorbonne University Chair of Innovation Carlos Moreno, according to a blog from The 15-Minute City Project. The idea is that people desire to be within a 15-minute walk or bike ride from everything they need within an area that functions as a community hub.

“It’s at this really interesting intersection in which people and workers are looking to work closer to home, work in an environment that is very immersive, very productive, very design-rich and also be able to access a location that’s very simple and easily accessible,” Berger said.

IWG is not a newcomer to the coworking business, having launched over 30 years ago originally under the Regus brand before changing its holding company name to IWG in 2016. However, Spaces Napa is the first iteration of the new Spaces brand that is a “retail-focused model set in mixed-use locations in suburban and rural markets.” The company plans several other Spaces locations in 2021, such as in Barcelona, Amsterdam and London. IWG’s other brand Regus has coworking locations in the North Bay cities of Petaluma and Novato.

The Concord center at 2075 Diamond Blvd. features 41 private offices, three meeting rooms and amenities like mailboxes for rent, touchless entryways and a call answering service. It is also similarly located in a shopping district near multiple grocery stores, restaurants and other retail.

“The pandemic is accelerating the need for flexible working — it has shown us that people can work remotely and productively when away from a traditional office. Businesses in the Bay Area like Google, Facebook, and Twitter are adopting policies that give workers more freedom to choose how and where they work, and many companies will continue to follow their lead,” Office Evolution co-owner Rhett Bratt said in a statement. The statement also cited a survey of Fortune 500 CEOs showing that 25% are seeking permanent remote working solutions.