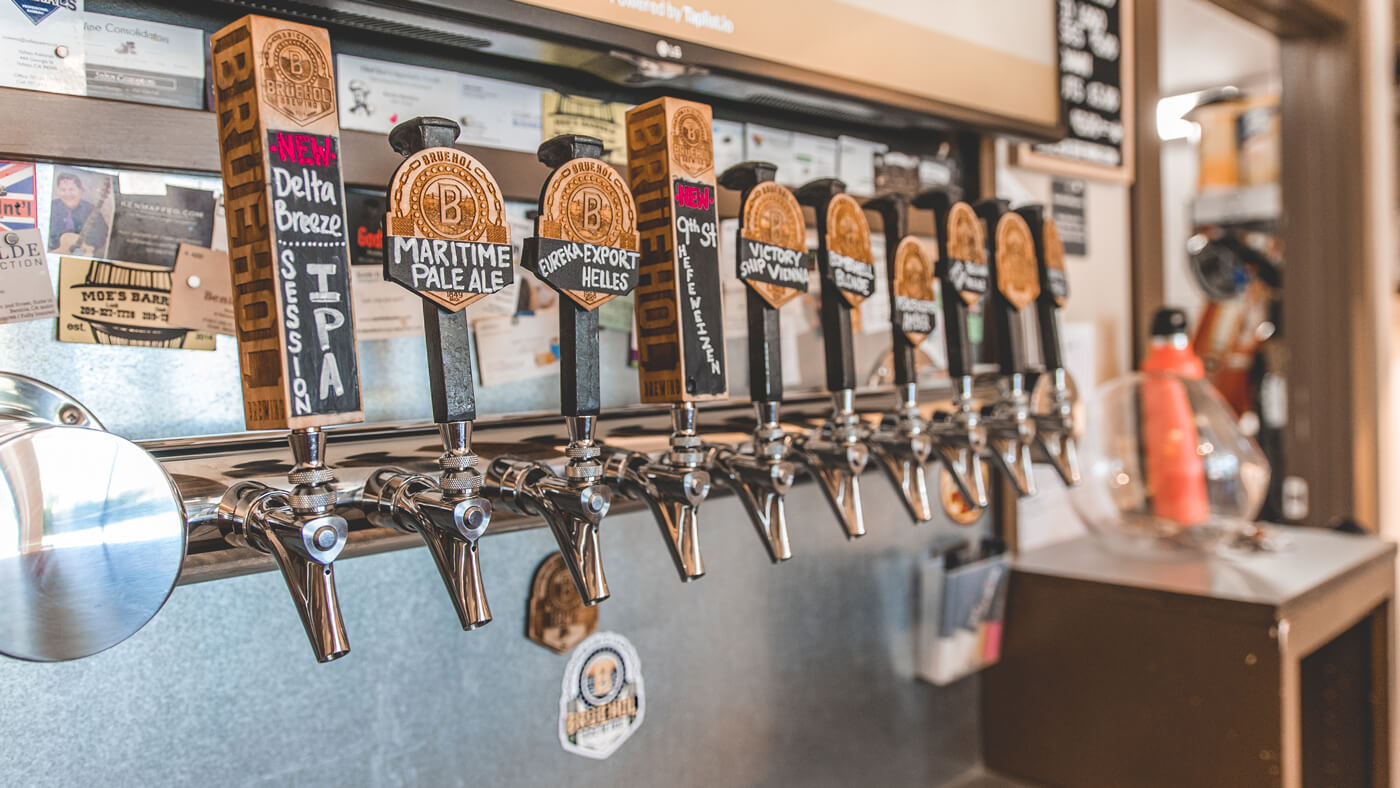 Bruehol Brewing was originally founded in 2014 by four home-brewers and friends who had a passion for making great beer. They decided to take the business a step further in 2017 with the opening of the Benicia Taproom. In 2019, Mark Keller and his fiancee Natalie Boltz had the chance of a lifetime and bought out the original partners to continue this venture on their own and have since branded as Bruehol Benicia Brewing as recognizing their roots is very important. With strong connections to Deutschland, It’s safe to say that the love and respect, for not only their German heritage, but their hometown is shown through the historically relevant names used for each beer name and the recipes Mark and Natalie use for their unique beer offerings at their Benicia taproom.

Mark has nearly 30 years of home brewing experience under his belt, thanks to his father and mentor, Roger. Natalie is a 15 year veteran of the wine industry, managing boutique wineries in the Napa Valley. Making it a family affair, you will find our nephew Tyler behind the bar on almost any given day! While Mark and Natalie both have day jobs outside of the brewery, they are usually around the tap room daily and love chatting with fellow craft beer lovers!